Happy Saturday! I was going to write this last night but we watched the Olympics Opening Ceremonies instead. It was amazing and the five little kids who carried the artistic storyline were adorable! 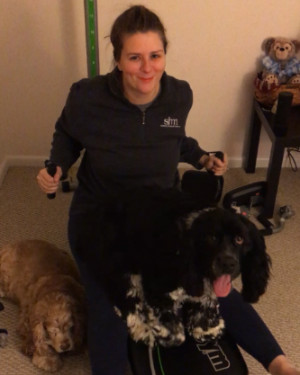 This weekend I have nothing planned but a cheat day wings meal and finishing up the A pillow from HELL. I should have just bought him a Paw Patrol Valentine’s box.

1. What’s your favorite instrumental hit song?
Wipeout by the Surfaris, which is probably my mother’s doing. But it was also in Dirty Dancing.

2. What’s a good movie with rockets in in it?
On a more erudite day, I’d say Hidden Figures. If I’m feeling all “USA! USA!” (Which I still do, despite her issues at the moment. Right now she’s the girlfriend whom I’m telling to take more walks, quit drinking, and brush her teeth.) it’s Independence Day. There are spaceships, which in my world count as rockets. My blog, my rules.

3. In 1977, Voyager I took off on its very long journey, loaded with two golden records containing sounds meant “to portray the diversity of life and culture on Earth, and are intended for any intelligent extraterrestrial life form, or for future humans, who may find them,” according to Wikipedia. The contents were chosen by a committee chaired by Carl Sagan, but if Dr. Sagan called you today (you know, from beyond) and said there was room for ten more minutes of music and he was letting you choose it, what would you fill the ten minutes with?
Ten minutes is a lot, so I’m bringing in WM, my classical music expert, to help.

In his defense, we looked up the music on the records and most of his classical suggestions were covered.

4. What’s something you know about constellations?
Orion is almost always over my house. I can find the Big Dipper and Little Dipper easily, as well as Cassiopeia. Jack Johnson has a peaceful song about them. And it was the last warship with sails.

In my defense I was born in the early 70s.

5. When did you last spend time in a rocking chair?
WM’s chair is a rocking recliner, but the last time I spent time there was when I had that nasty bout of food poisoning in May.

And now that THAT’s out of the way … rat your hair, ladies and gents! It’s time for the 80s!

What in the ever-loving crap?

Penn Jillette is my intellectual crush