I live in New Jersey, Uncategorized

I mentioned before that WM is taking grad school classes — he’s going to my alma mater, Rowan University*. On Saturday, we took a trip to the University’s library so WM could take some books out for his term paper. He checked out 18 books, which dashes any desire of mine to go back to school ever. Ever! And I love books!

Oh man. There has been so much built there in the (takes out abacus) MANY years since I graduated. There’s a whole downtown where we had just a few shady bars. And there’s a brand new library.

When I attended, this was only a sundial! 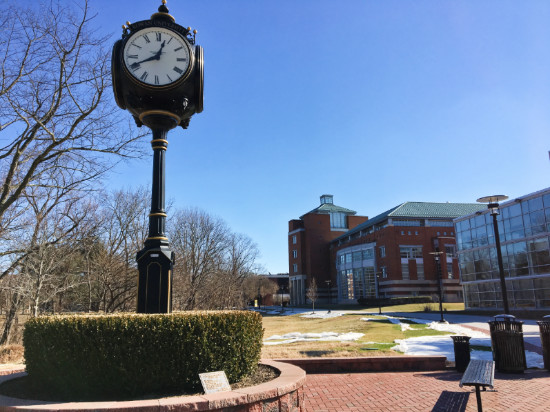 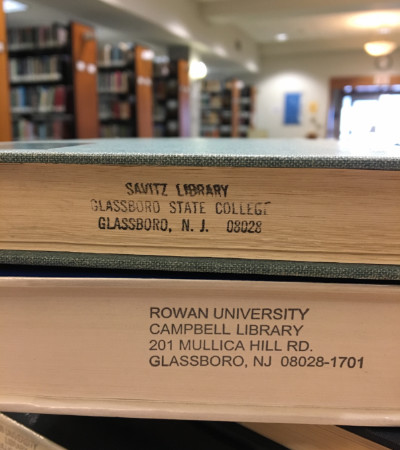 While WM was checking out his dozen-plus books, I noticed this beauty — an old RCA television camera which is part of a larger exhibit which was closed that day. I’d like to think it was a nod to my Radio/Television major.

Another shot from inside the library of the Rowan logo. 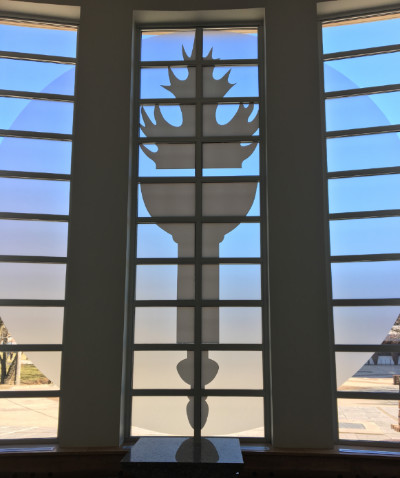 We were the only ones on the third floor of the library. As we were leaving at 1:30pm, we FINALLY saw some students walking around the quad. And then it hit me — they were just waking up. 🙂

As we are Old we were ready for our second meal of the day. We ended up at Iron Hill where even the beer menu was taking sides for the Super Bowl. 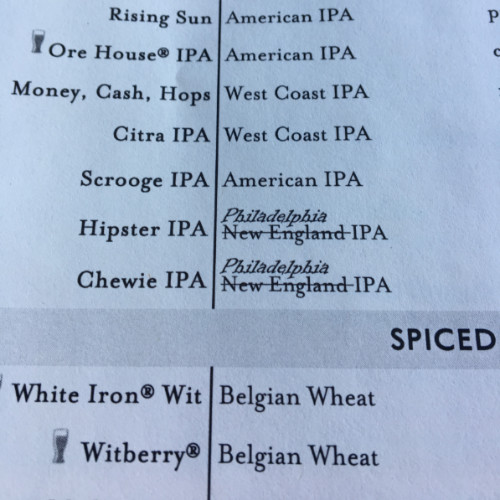 *Although I attended a few names ago.