WM is a huge fan of Indiana Jones. Submitted as evidence: Our costumes for Mickey’s Not So Scary Halloween Party last October: 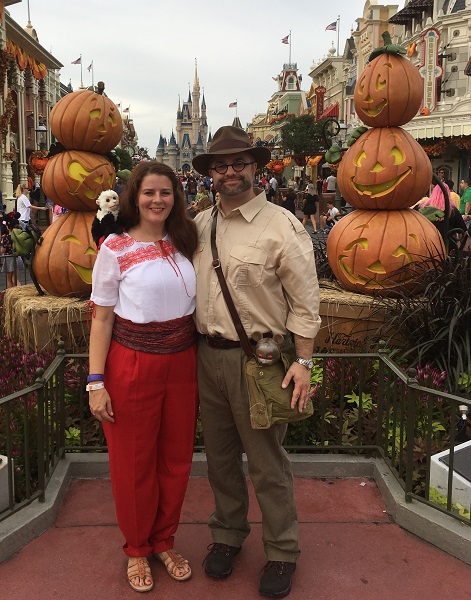 I’ve dressed up often for Halloween, but I have never received such favorable reactions as I did with those costumes. My top was from Old Navy (with some added trim), the pants are from Goodwill, and the monkey came from Amazon. (Site, not rainforest.)

Anyway, when WM found out that the Philadelphia Orchestra was going to play the score for Raiders of the Lost Ark while the movie played, did I really have choice? Of course I did. No, not really.

And that is how we found ourselves at the Kimmel Center on Saturday night with a bunch of Indy fans. 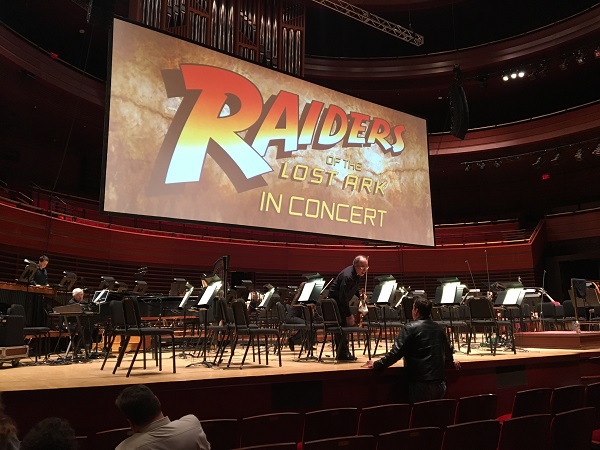 The Kimmel Center is an easy PATCO train ride from home. We were only 4 rows back from the orchestra and it was a fantastic show. The movie was much more fun to watch now than it was when I was 12. (Young Harrison Ford, omg.)

Tell me more about your Staff.

And it was also amazing watching the Philadelphia Orchestra at work. I played the violin for three miserable years, so I was in awe of the strings section.

By the time we got home we were tuckered out from our grown-up in-the-city date.

The fruits of a four day weekend

Welcome to the new digs!