Blogging, I live in New Jersey, I love the Internet

Happy Saturday! Listen, like one of those little capsules you put in a glass of water which grows into a large sponge dinosaur or a penis, Murphy has soaked up all of my spare time. By Friday nights, WM, Ollie, and I are completely tapped out.

It was a rough week, overall. This week was TNP’s Big!Annual!Meeting! and that’s an event that everyone plays a part in, even if it’s not your department and you don’t even go. It went well and that’s a relief. And WM took a tumble at work down a flight of stairs, bruising some ribs, hairline-breaking one rib, and bashing his wrist. He was home the rest of the week and he’s still in rough shape.

So you’re getting this on Saturday, unapologetically*, while the dogs snooze and while I drink my coffee.

Oooo. I am very much not a movie person. I can read books for hours and watch every WWE event that seeps onto the airwaves, but if you put me in a theater for 3 hours I have the worst time suspending disbelief. Here is my overrated movie bomb: The Wizard of Oz. I understand that for the year it was released, it was a technical marvel. And when I was growing up in the time before VCRs, the annual television showing was An Event Not To Be Missed.

Psht. I could have sent you home six hours ago but you just aren’t grateful enough for your awful life.

But how awful! Dorothy is a child with a shit life. She’s an orphan, her Aunt/Uncle kind of neglect her, and her dog’s about to be given away to the lying old bitch down the road. A tornado comes through and instead of mercifully killing her, she gets knocked out and sent to the land of Oz in her dream. Where, among terrifying flying monkeys, attempted murder, and a trip through an opium farm (did that make the DVD?), she’s completely played by the GOOD witch, who instead of having mercy on this poor little girl, decides Dorothy needs to appreciate her shit life just a bit more before she can be sent home to it. 0/10 depressing as hell. I don’t understand the worship.

The few films I enjoy are very well-rated, so…nothing there.

What’s underrated about living in New Jersey? EVERYTHING! Listen, I’m an hour from the ocean, a 23 minute train-ride from Philadelphia, and about 2 hours from New York and DC. We have lakes, rivers, woods, farms AND amazing malls with every store imaginable. Yes, there are highways but you know what they do? GET ME WHERE I NEED TO GO. Our people are great. You want diversity? Come to Jersey, baby. The Governor is a knob, but one of our senators isn’t bad. The taxes are high, but my roads are pre-treated for snow before it comes, our schools are great, and we can wear leopard print like NO OTHER.

I rest my case.

Overrated? Bruce Springsteen. Just another rock star, singing about being working class while his daughter completes in equestrian events next to Athina Onassis. I blame this opinion on a vacation we took when I was a kid when Dad kept playing the Born in the USA cassette over and over and over and and over. I do like Hungry Heart, though

3. Whose talent or skill is overrated, and whose is underrated?

Hm. This could get mean, but I already crapped all over The Wizard of Oz so I figure I’m already on thin ice.

Overrated: Ivanka Trump AND Chelsea Clinton. Agree with them or not, they are both smart women. But I think that both of them need to get boots-on-the-ground jobs outside of their respective family’s sphere of influence before I can really start calling them advisers or influencers.

Underrated: Teachers. That’s a slam-dunk. You don’t know how much work they do until you’ve lived with them.

4. What item in the supermarket is overrated, and what’s underrated?

Underrated: Velveeta. Always Velveeta. It is the perfect golden-smooth treat. Melts great with rotel or salsa for tasty dips, makes the best grilled “cheese” sandwiches ever. Keep your brie, I’ll have Velveeta!

5. What’s utterly terrific except for one or two things?

Walt Disney World! It’s the best place to have a vacation, but I think the move to planning everything in advance through the app makes it more difficult to enjoy yourself.

We’ll be back someday. Maybe next year.

***
That’s a wrap. This weekend we’ll be cheering outdoor pees, washing towels over and over again, and weeding gardens. If I’m feeling decadent, I’ll make myself a wine and Velveeta plate!

the days keep scribbling themselves in tidy lines 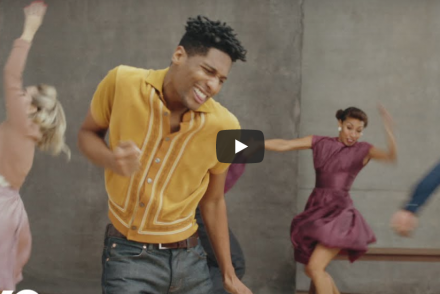 The one where Kim tries La Croix