Return of the Mac

Early last week, the lovely Kristen sent me a link to an event on Facebook – Return of the Mac. Joey McIntyre from NEW KIDS ON THE BLOCK WAS COMING TO MY TOWN FOR A MEET AND GREET! He’s promoting his new comedy, “Return of the Mac,” debuting on April 12th on the Pop TV channel. 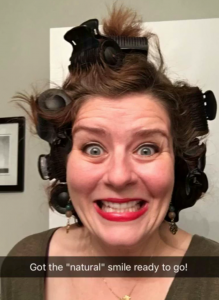 From my Snapchat that morning.

Kristen works for a local newspaper and she was going to cover this event, which included a small pre-event where local bloggers could meet him and ask a question. And she could use an assistant to take the names of the people in the photos that she was taking to go along with her interviews.

I love that woman.

And that is how I found myself at the new and gorgeous Xfinity Store in Cherry Hill, talking with some of the hundreds of amazing women who queued up in the rain, cold, and blustering winds to meet one of our mutual teen crushes. They wore their old NKOTB shirts and clutched decades-old NKOTB merch. Heather and Heidi, the first two in line, arrived at 2:00am for an 11:00am event!

Because of the large turnout, Joey wasn’t signing autographs, but he was taking a selfie with each person. There were a few bloggers at the pre-event and I didn’t ask who they were because I was too focused on not blanking when it was time for my question. 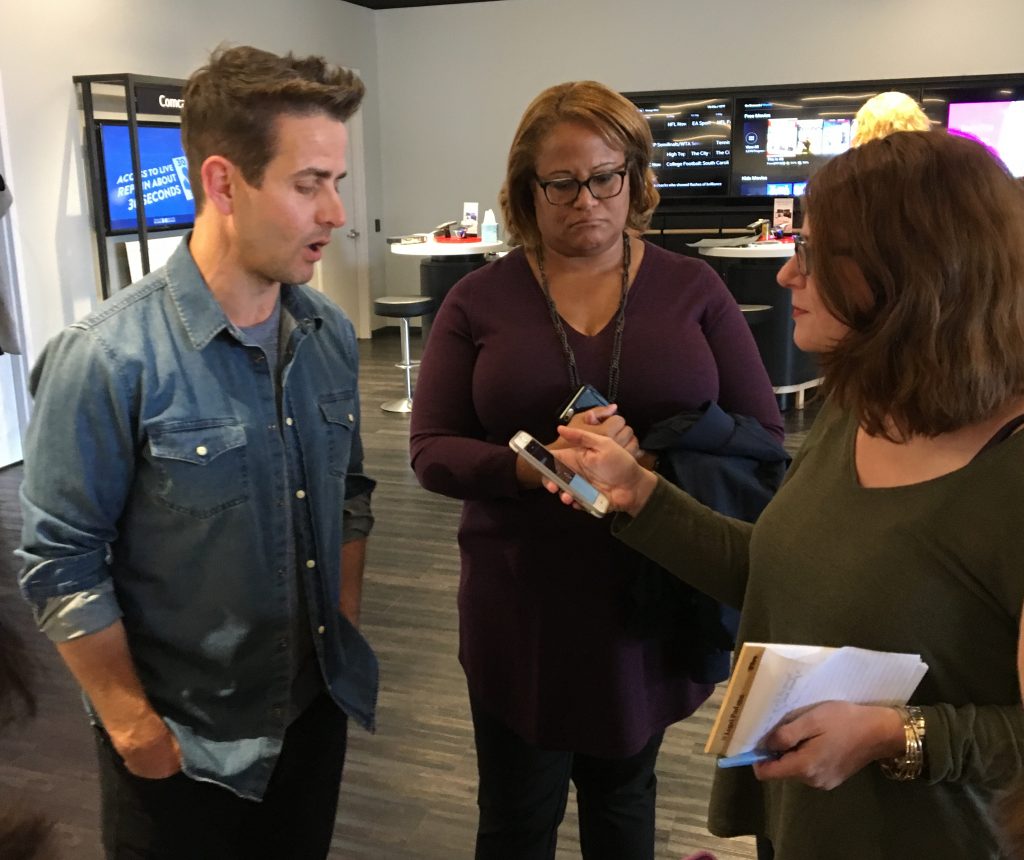 That is me on the right, asking a question very professionally.

Which was: Did you come up with the concept of a reality-based comedy or were you approached with the idea? Which, my friends, is a pretty solid question for a woman who was inwardly shaking like a leaf.

Joey came up with the idea of the show along with his co-creator. It’s a scripted comedy in which he plays himself, and his wife and kids play themselves as well. The trailers for the show are here and here, if you’re interested. There is also a treat for Donnie fans in the second link.

After the questions, we each got to take a selfie with Joey, who actually took the photos himself on each fan’s phone. And he takes an AMAZING selfie. 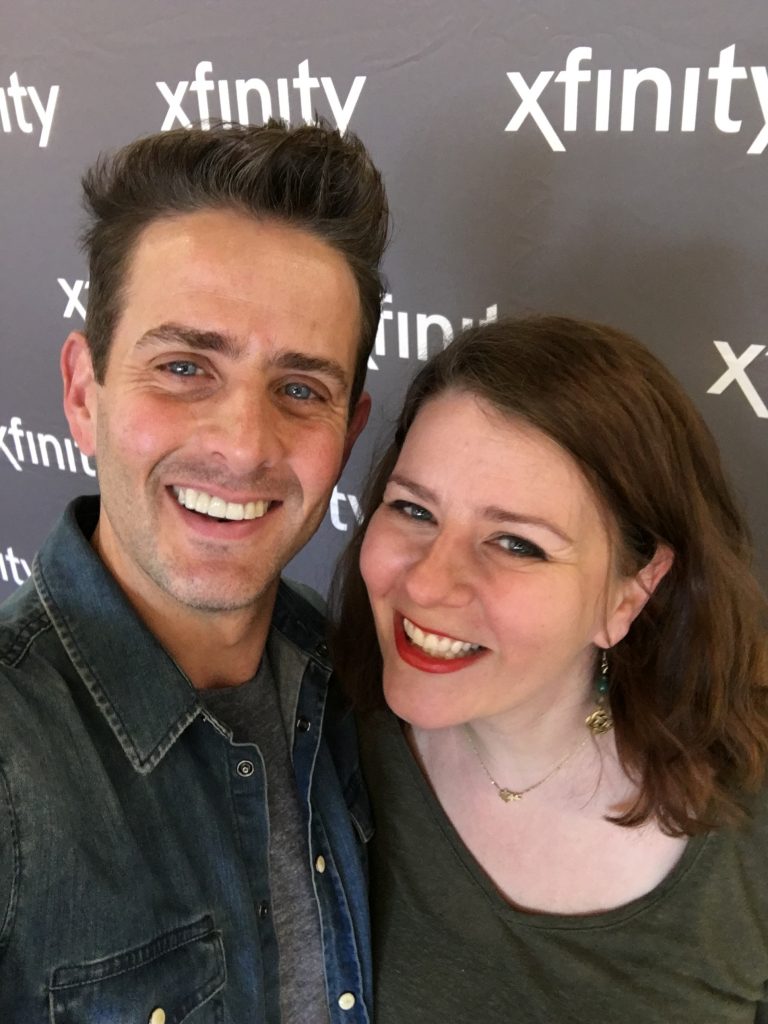 My lipstick is called “Zealot” which I did on purpose.

Look at his eyes! The Fug Girls would call this a “piano photo” as in the perfect framed photo to put on your beautiful grand piano. If I had a grand piano, or even an extra frame.

And before I knew it, my shining 5 minutes of having my sphere daintily brush against Joey McIntyre’s sphere were over, and I took my beautiful tropical fish of a sister-in-law out to coffee.

(I was not compensated for this blog post, unless you count having my hair brush against Joey McIntyre’s arm as compensation, in which case…yeah…I got mine.)