Wherein the sellers screw with us

A quickie morning blog before I get ready for work…

Monday was MUCH better than expected. We’re making nice inroads with the projects we have to do. Today’s going to be a long’un though, because tonight MomJohnandI are going to see the taping of WWE SmackDown! in Atlantic City. I don’t expect to get home until 1ish. But it’ll be fun. But a tiring day.

Things w/the house just got a bit more complicated. I mentioned that the the contract is in Attorney Review. Well, yesterday was the first day and … you guessed it … the Sellers retained an attorney, and he doesn’t like two parts of the contract. Namely the parts that state the closing date (May 7) and that the Sellers have to stick by that date. He wants the close date moved to the end of the month, and no time clause. The Sellers are concerned that their new construction will be delayed, and they don’t want to be homeless.

Okay. But Thor and I can just go and cancel our lease and be homeless when the Sellers decide they need a few more weeks and the contract doesn’t bind them to vacate within a set time?

Nah. Don’t like that. So Thor and I authorized our broker to respond as such: Fine…you can have until the end of May if need be, but we want the time clause to stay in the contract. Just because they can delay moving until whenever they want doesn’t mean we have the same luxury.

And if the Sellers don’t like that, they can now legally back out, since there is an attorney involved. We’re ok with the prospect of losing the house over this point. After all, if you know the market in this area’s so competitive that houses go and and come off of the market within hours, why put it up so early?

After all, we already moved our date from April 5 until May 7.

In other news, we got a reservation to dine at Morimoto on April 3 to celebrate our 7th year anniversary. We’ve been watching the Iron Chef reruns on Food Network for years, so we’re excited to drop a bundle of cash eating freaky Japanese fusion food. I’ll just politely pass on any ice cream that’s offered. 😉

Yesterday was International Woman’s Day. I didn’t know until afternoon. And while I’m not activist-y like that, I said a quiet thanks for being born in a country where I can work, speak my mind, and not be executed if a man looks at me the wrong way. 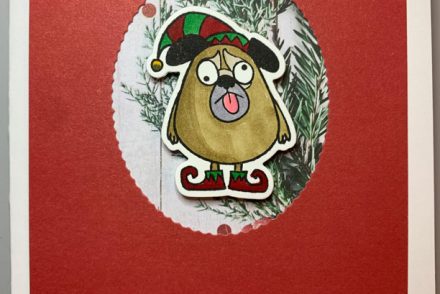