I first read Little Women in 4th grade. I read it every year for a long time, and I love it to bits and pieces. It’s the OG YA book. Have you read it? It’s available for free via Project Gutenberg so you have NO excuse. The book as we know it is actually two books crammed together: Little Women and Good Wives. It’s the story of the March sisters — Meg, Jo, Beth, and Amy — as they grow up. When the book begins, they are 16, 15, 13, and 12.

There have been quite a few movie and tv adaptations made of the story. My favorite version is the 1994 one, which starred Winona Ryder, Susan Sarandon, Trini Alvarado, Claire Danes, Kirsten Dunst, Samantha Mathis, Christian Bale, Eric Stolz and Gabriel Byrne. It’s lovely and faithful to the text.

When I learned that there was going to be another adaptation on PBS, my first reaction was, “UGH WHY??!?” But I wanted to give it a shot, so I watched the whole thing. Episode 1 was 60 minutes on its own, Episode 2 was 120 minutes. Taken in whole, the first 2 hours covered the “Little Women” half, and the third hour was “Good Wives.” 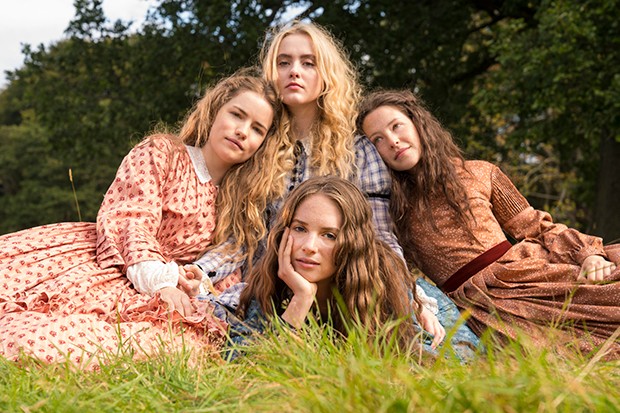 With a three hour presentation, you’d think it would really cover the book. Instead, many plot points and a crapton of character development was left out.

Let’s talk more about Amy, and I’m going to spoil the plot points but the book is 150 years old so, sorry not sorry.

Laurie is the girls’ next door neighbor. He’s rich but lonely, and becomes a surrogate brother to the girls. He falls hard for Jo. Jo doesn’t feel the same, and knows she wouldn’t make a good wife for him so she turns him down. Multiple times. Bluntly.

Amy, now 16 or 17, is asked to travel abroad as a companion to another young lady. Heartbroken Laurie also goes to Europe to try and heal his post-Jo feelings. He drinks and carouses and when he meets up with Amy, she is repulsed by the lazy guy he’s become. He goes away, becomes a better person, comes back to her after Beth dies. (Again, spoiler, but come on) In the meantime, Amy was asked by a rich acquaintance to marry. She decides to marry for love instead of money. She spends time with Laurie, they fall in love, and they decide to marry.

In the adaptation, Laurie shows up in Europe, sees Amy.

That’s it! No courtship, no maturing, nothing! NOTHING! And no smolder: 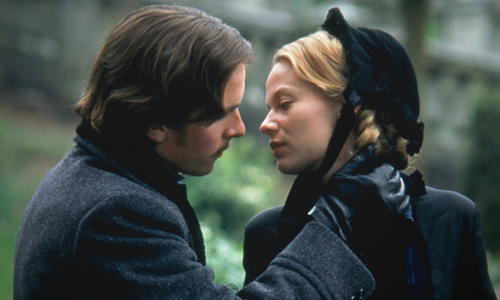 (I’ve always been #TeamAmy, btw. Jo said no and Laurie was desperate to marry into the March family. Amy is a much better match.)

Jo’s courtship with Professor Bhaer (who’s supposed to be older and rumpled, but is played by a young hottie) is given similar short shrift. When he shows up at the March house, it seemed more creepy than romantic.

Maybe the producers could have trimmed some of the multiple cut scenes that established the seasons (baby chicks! sunflowers! falling leaves! snow! more chicks! more flowers! leaves! OMG ICICLES!) and put some plot back in, that’s all.

I’m glad I watched it but I’ll stick with the 1994 version, thanks.