Who put the ram in the rama lama ding dong? 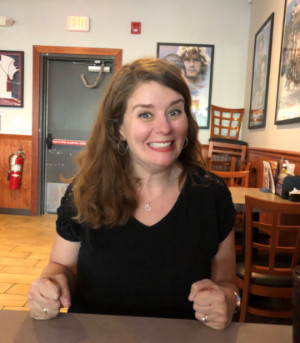 This week’s mood. I appreciate that St. Patrick was over my shoulder while I ate.

That’s going to be in my head all night…

Happy Friday! I worked from home today which means that this afternoon I worked from the patio chair in the back yard. Not a bad gig if you can get it.

Both dogs had vet appointments. Murphy received FIVE shots on Monday to start his journey as an adult dog. Ollie went back last night to get his ears looked at again. For those who care about dog ear infections, the yeast count is way down but one ear is STILL inflamed, so we’re switching him to a steroid ear drop for a month. Then he’ll go back to the vet. If the inflammation remains, he’ll stay on the steroid drops once or twice a week forever. His sore neck doesn’t seem as sore, so he’s coming off of the pain meds. If he’s tender in the neck again, he’ll go back on, and pain management might be his new reality. His followup is in a month. The goal here is to get his ears clear so he can get his teeth cleaned/extracted because they are causing pain as well. Once all that is finished, he’ll be quite the refurbished pooch.

And we’ll probably have to sell the backyard to carnies in order to make the mortgage. Good thing we don’t have a HOA.

Time for the Friday 5! This week’s theme is Who Put the Pomp in the Pomp Bah Pomp Bah Pomp? which is a song much older than I am, so ignore the fact that I know the words. Let’s get to it!

1. What’s something you remember about your high school graduation?
It rained that day but slowed to a drizzle when we lined up to march. By the time we began to march onto the field, the rain had stopped and the sun was out. Other than that I remember nothing. Sorry valedictorian & salutatorian, I know you worked hard to jockey for those positions but I don’t remember you. It really didn’t matter after all!

2. If you were asked to speak at a commencement ceremony this year, what would be the theme of your message?
Learning to pivot, especially if you are going to major in something delightfully non-specific like “business” or “communications” or “marketing.” I’ve had to pivot dozens of times, and to stay employed until I’m 68 I’m going to have to pivot dozens more. Can I tell you how many programs I’ve had to learn that are now obsolete? The reason I kicked ass at work this week is because I’m taking it on myself to learn one new-to-me reporting system and re-learn a very-old-to me reporting system. I’m writing baller SQL queries to create views upon which I’m creating reports. How much of this did I learn in ANY of my schooling?

3. What items in your possession are marked with the name or logo of your high school or college?
High School: I have my high school yearbook somewhere. I pawned the class ring during one of the lean times. The varsity jacket (Yes, I was a varsity athlete.*) I left at Mom’s and told her to throw it out. Whether she did or not, who knows?
College: I have a diploma somewhere, but I have a hooded sweatshirt, a raglan tee, a magnet on my refrigerator and a sticker I never put on my car. The class ring? Hocked. No regrets about either.

4. What do you expect will be your next rite of passage?
Menopause. Bring it. If the ovaries and ute aren’t going to do what they were supposed to, just let it all stop.

I don’t think any of the 80s teen movie kids graduated. There’s The Graduate but that’s pretty cliche. I’m drawing a blank, so I’m PIVOTing to a television show. 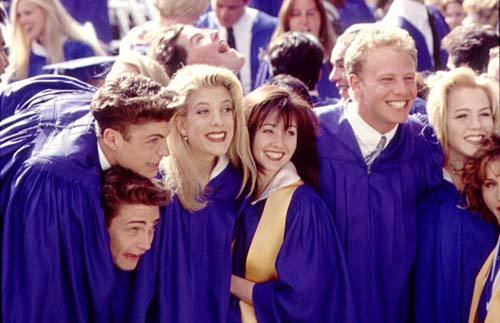 ***
Tomorrow is yard work, which is my life until summer but … it’s really starting to pay off! Sunday Mom and I are going to the Phillies game. It’s going to be 57 degrees and rainy. So fun. A+ mother’s day gift from me. Yup.

*Bowling. SHUT UP IT STILL COUNTED. 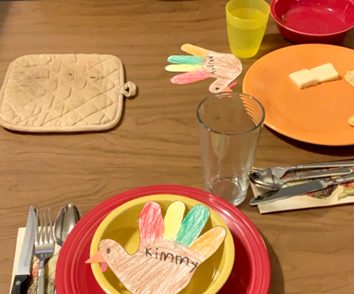 Friday 5: How About a Knuckle Sandwich?