Friday 5: I Don’t Get It Either 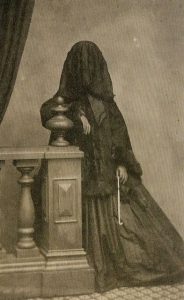 Not a lot to say today other than I worked from home for the first time in weeks and it was delightful. I usually work from home on Mondays but I had to be in the office this Monday. I actually donned pants (OKAY LEGGINGS) so there’s a win.

***
It’s time for the Friday 5 — this week’s theme is I Don’t Get It Either so let me get into my rocker with my lap quilt and let’s get to it.

1. Twitch is an enormously popular livestreaming platform mostly for watching people play video games. It has more than 1.5 million broadcasters and more than one million visitors per month, and Amazon acquired it for nearly a billion dollars in 2014. Which of your computer activities would you livestream if there were a way to make some money doing it?

My gaming anymore is far too boring to stream on twitch, although I confess to watching World of Warcraft PVP tournaments on it. My preferred gaming video channel is Up Up Down Down because it’s mostly WWE wrestlers playing games. Hey, maybe I can make money blogging? 😉

2. EDM (electronic dance music) is usually performed by DJs on stage in front of audiences, playing tracks they’ve mixed, right off their laptops. If you were a push-button DJ playing your tunes in a club, what would be your opening and closing songs, assuming everyone’s there because they’re into whatever sounds you’re into?

I’m laughing at the shade thrown at “push-button DJ!” I’m in a club so I’m not going to be playing my sweet Jack Johnson jams or Joni Mitchell or even my Pandora “Younger Guys with Guitars Who Sing About How Great I Am” station. I’m going to make these people dance. I’ll get the party started with Salt-N-Pepa’s “Push It” and end with House of Pain’s “Jump Around” because why not?

3. What’s a good Adele song, and why is Adele so popular?

Adele is popular because she has a different voice that doesn’t need autotune or lots of electronics to make an impact. She also has lyrics like this:

which speak to young people who are afraid of getting old, and us older people who wished we could have photographed someone one last time before everything changed. That’s from “When We Were Young” and that’s the song that can send me into fits of tears if I linger too long on it.

5. Every generation seems to arrive at a “They don’t write ’em like that anymore” attitude. Why does it seem like most middle-aged people lose interest in new music?

I’ve thought about this a lot because I fought hard to try to stay into new music, and ultimately I failed. I think once you get removed from the language and culture of youth, you lose that hook into that music.

Twenty-One Pilots: All my friends are heathens, take it slow. Wait for them to ask you who you know. Please don’t make any sudden moves. You don’t know the half of the abuse.
Me: Yeah, it’s 9:00 so I’m going to bed. Have fun with your little heathen friends. And people have endured abuse since time immemorial. Get a job.

The most current “young” people I like are Ed Sheeran and Rachel Platten and I think they fall squarely into adult contemporary anyway.

I barely even buy music anymore, by the way. With Youtube, free Pandora, free Spotify, and my Amazon Music subscription, I can listen to almost any album I want anytime I want. I think the last album I bought was the Hamilton Cast Recording.

***
No plans this weekend – hooray for solitude!