Apparently on this blog, NoBloPoMo means NO Blog Posting Month. So here’s some catchup.

I went to New Orleans for a business trip in early November. I ate with wild abandon. Mary Poppins came in second place at the office Halloween party. She decided to celebrate! I shall require every second Tuesday off.

I’m still with this cute fellow: Part of aging: I don’t remember when I took this.

I started playing Tiny Tower on my phone, and I think it killed the Candy Crush monster. WM is a big Doctor Who fan, so I watched the 50th anniversary show with him. I didn’t understand a damn thing that went on, but now I’m obsessed with David Tennant, who WEARS KILTS! He’s bumped Dave Matthews off of my “list.” The Village Idiots (mom and me) went Black Friday shopping. Since stores open on Thanksgiving now, we don’t bother heading out now until after 10am. I miss the excitement of being there when stores opened at 6am, but times change… Thankfully, we didn’t buy these How did all of these crumbs get in my keyboard?

As the new (super on-trend chalkboardy) header indicates, I’m changing the blog name/address in January to kimberussell.com. I’ve been LadyGypsy as long as I’ve had internet access, but times change and the word “Gypsy” is well on its way to becoming an ethnic slur. Not cool. So for my 11th blog anniversary, it’s time to change.

I’m not quitting blogging though. Life’s too fun not to chronicle it. 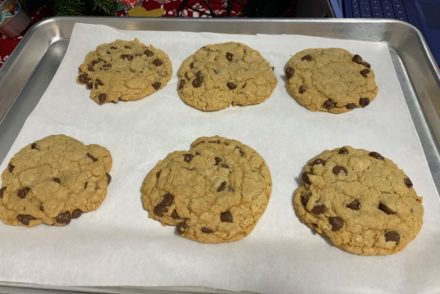 Christmas in the cube city