I retired to bed last night right as Thor headed to work. I don’t think I moved until the alarm went off. I have the radio portion set to the sappiest easy-listening station in town. Yes, it’s annoying but it gets the job done. If I had better music as my alarm, I’d never wake up on time and my dreams would be choreographed like the beginning of the Austin Powers movies. However, that doesn’t stop me from wondering what the heck Elton John’s “Daniel” is about. I assume Daniel’s dead and Elton has cataracts (clouds in my eyes).

It appears that MTV is killing the Real World Philadelphia concept. If it wasn’t for the historical aspects of the city, Philly would have died like a lot of other cities ages ago. Between the corrupt Democratic government and the obscene kissing-up to Unions, they’ll never draw any modern business. I’ve had no hope for Philly since they dropped the ball on DisneyQuest.

Poor Mogo Mogo tribe. Those Survivor AllStars can’t seem to get it together. They lose every challenge, and last night, they lost their grill, 3-pronged spearfishing thing, and a bag of rice. Again, it’s fun to sit on my chair with my Mac and Cheese and watch others voluntarily be miserable. Unfortunately, Mogo Mogo is down to 4 tribe member to Chapera’s 6, so I think next week they’re going to reshuffle the tribes. If I may be so bold, I think I’d be a better Survivor candidate than Shii Ann. She’s more worthless than Jerri! (Much luv to Boston Rob — he’s a playa!)

Mood: Groggy and cold. Then again, I’m still in bed — have 5 minutes left before ducking into the shower.
Work docket: I have training today from 9am to 1pm on managerial stuff. A project launches this morning, plus I’ll start going through How-to stuff.
Lunch: Maybe they’ll feed me in training! Nah. Probably not. I’ll pack a frozen.
Evening plans: I have NO idea what I’m going to do now that Survivor aired tomorrow night! There’s a guild meeting I’ll probably attend at 10pm. Maybe I’ll (gasp) clean! 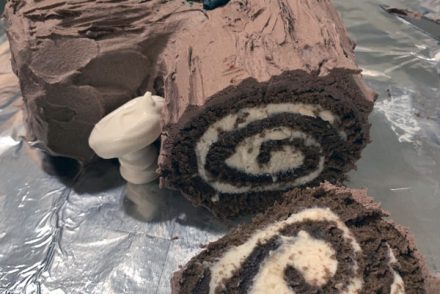