One of the things blogging software lets you do is schedule posts in advance. Like, yesterday’s Cricut post. I wrote it on Tuesday and tossed it in the queue so it would show up yesterday morning. In umpty years from now when the historians scour blogs for what life was like on January 6th, they’ll look at January 6th’s blog posts and see me nattering away about smiley face stickers. I hope they have the smarts to look at what people are writing on January 7th.

So yesterday THIS happened here in the good ol’ USA.

Yesterday was the day that Congress was set to certify the Electoral College vote that elected Joe Biden and Kamala Harris into office.
Yesterday, the current lame duck president Donald Trump invited his supporters to the capital for the day and talked smack about Congress. He pointed them toward the Capitol and off they went.

Wearing preprinted hoodies, tactical vests, and trump hats while wielding flags, hidden weapons and very little brainpower, they started pushing through barricades and entered the Capitol building, causing both houses of Congress and the Vice-President to be evacuated. There were guns and homemade bombs. Four of them died. The rest of them were allowed to stroll around the building, taking selfies and stealing things. They smiled for cameras and their pictures are all over the media today. They waved the flag of an individual man in the legislative heart of my country.

Government officials on both sides called on Trump to tell his people to stand down, and he took his sweet time doing so, eventually releasing a video on Twitter (!) saying that he knew they were in pain because the election was stolen (!!) and that he loved them (!!!) but they had to be peaceful and go home. I swear I am not making this up. Most of them were allowed to just … leave. Go home.

I find it funny that after years of shooting at, gassing, and beating up protestors, the police found God and morality right when the white boys show up with their Trump flags. One hundred fifty years ago they would have been either killed on the spot or hung along the national mall. But most of them got to go home after their seditionist LARPing.

I am not an ACAB person. I do believe the whole role and culture of policing needs to be rewritten in a serious way. I am not a Defunder. I do believe that some funding should be diverted from policing to other social agencies. Let a social worker take care of a drunk sleeping on the street so an officer can stop actual criminals. But you really only need 20 bad Capitol Police to look the other way and let the crowd overwhelm the rest. Right?

And if these protesters were PoC they would have been shot dead before they made it to the door.

And the country, half of which is numb from the ongoing pandemic (373,000 dead as of today), watched this all play out live on every medium available.

Eventually Congress returned and counted votes until almost 4am to certify Biden’s win. And some Republicans, even after seeing the aftermath of almost a year of sowing the seeds of rigged elections, were still raising objections.

Today people are calling (publicly) for the cabinet to invoke the 25th amendment and remove Trump from office.
They won’t.

And people are calling for the President to be impeached.
Again.
He won’t be.

My hope is that as Joe Biden is being inaugurated, federal agents bust into the houses and workplaces of all of the traitors who smiled for the cameras and drag them out in front of their neighbors and peers. These arrests would play out across the country like the final scene of a Godfather movie.

I’m sad and I’m angry but right now I’m just tired. I’m yearning for a normal that 1) won’t happen again because we’ve empowered people to share and enforce their radicalized right-wing beliefs – the cows have left the barn and; 2) was never even a reality the first place for some populations.

So much of what I believed of people has been disproven in the last 10 years. I’m tired.

There are phone calls to make (to whom?) but that’s going to have to happen tomorrow.

Note to historians: Tomorrow I’ll post a Friday Five because I’m trying to just do regular things so that I don’t dwell on all of this. But please know I’ll never forget this day and the sadness that I’m carrying. 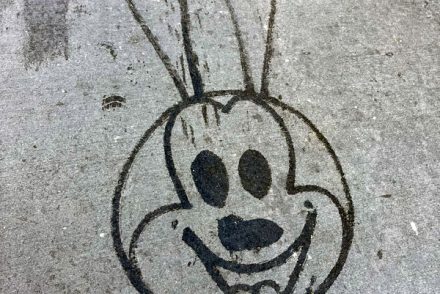 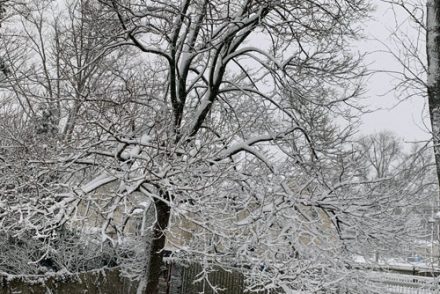