A rare mid-week day off, to take care of THINGS. “After THINGS, I’m going to lie out in the yard and get some sun,” I said. “For it has been EVER so long since I’ve had a chance to soak up some mid-day sun…” 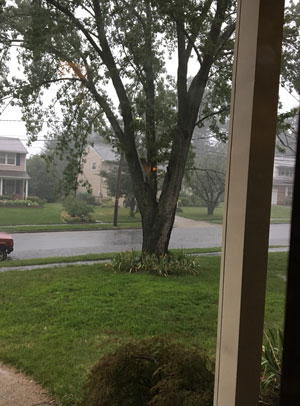 Bah! Instead, I’m blogging, which is also isn’t a bad thing.

READING: Console Wars: Sega, Nintendo, and the Battle that Defined a Generation. This has been on my TBR list for years, and it’s interesting reading through events that I was alive for. For example, I don’t ever remember a time that video games and consoles weren’t omnipresent, despite the video game crash of 1983. I’m 8 books behind my Goodreads goal of 50 books read in 2017. Mainly because I’ve been …

PLAYING: Lumines! I played in back in 2005 and long after my own PSP fell out of functionality, Lumines has stayed on my mind. I tried to stream it on the PS4, but there was too much latency. Now it’s an iPhone app and instead of reading on the train like a good member of the East Coast Elite I’m sucking at Lumines. Playing it on a touchscreen isn’t great, but it works in a pinch. Oh, Lumines…I missed you so.

WATCHING: We are working through Archer little by little. It’s hysterical and I become a worse human being with every episode.

GROUSING: Because I bought a dress that, while the size I wear, is a little snug. Time for part 2 of the diet that was abandoned last year. I’ve luckily only put on 5-7 pounds (depending on the day) from where I stopped last year. My biggest stumbling block is that I naturally have the dietary preferences of a raccoon.

SNUGGLING: My dogs. We weighed Murphy this morning and he’s slightly over 30 lbs now. Where did my puppy go? Now I have over 70 lbs of Spaniel on the sofa with me at night and … I’m completely okay with that.

AWAITING: The Yoga with Adriene Find What Feels Good Roadshow in Philadelphia on September 11! I have my ticket and am excited and simultaneously worried about a 90-minute yoga class because sometimes a 30-minute video leaves me wiped. I hope she talks for the first 45 minutes. Do I wear my Yoga Camp shirt? Is that like wearing a band’s shirt to the concert?