You can’t handle the (missing) tooth!

Here’s something good that happened in the last few weeks…

Back in September of 2015 I bit into a cheesesteak spring roll (I love Philadelphia) at a lunch meeting with my manager and my tooth broke. Back in September 2015, back when I was young and naive, I believed — REALLY BELIEVED — that the dental implant process would take 7-9 months. MAYBE a year, if things went slowly. 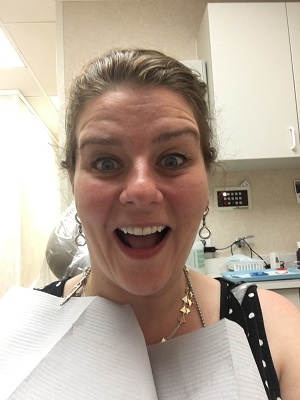 These pics are out of order because I am vain and don’t want the other pic to be the thumbnail on Facebook.

Twenty months later, I finished the process. What took so long? Because of 20 years of problems with that one tooth, the surrounding gums were shot. I needed two separate bone grafts (cadaver bone, thanks donors!) to rebuild the area enough to support the implant, which is a titanium screw/anchor thingy. My oral surgeon wanted to wait 4 months after each step to make sure the grafts took. And then it always took an extra month to 6 weeks to actually get an appointment each time.

In the meantime, I’ve been wearing a flipper. It clips onto my upper teeth like a retainer. While it did the job to fill the embarassing gap, I always felt self-conscious about it. I lisped when I was tired. I had to take it out to eat, because certain foods (frosting, thick breads, etc) would stick to it and pull it out of my mouth. And other foods (rice, granola, etc) would work its way beneath it and just be gross. I haven’t eaten in my office lunch area since September, 2015.

The first porcelain crown that was cast looked awful, so it took a week for the second try to come in (plus 2 more weeks to wait for an available appointment.)

Finally, on Wednesday, July 19, I got my smile back. I won’t lie, I cried with happiness to finally be past it all.

And if you’re curious what I *really* looked like for the past 20 months, here you go. 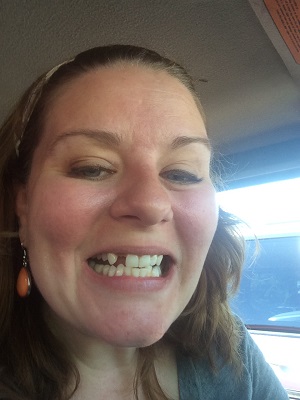 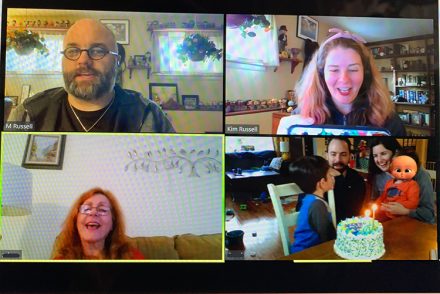 Entertainment in the time of … ugh whatever