Gaming, I love the Internet, Pets

A short while ago we purchased the fleecy Horde throw from Blizzard’s Spring Clearance sale. It was originally $70 (!) but I think we ended up paying less than $20 for it. It’s very fluffy and I said that we should save this for Murphy. This was before we had even started looking for him.

When he arrived, I tossed the blanket on the floor in the office and he took to it like a … dog to a soft blanket. He prefers the fleecy side to the microfiber side. Earlier this week while I was working from home, he was perfectly positioned near the Horde logo. I snapped a picture for Instagram and made sure to tag Blizzard. 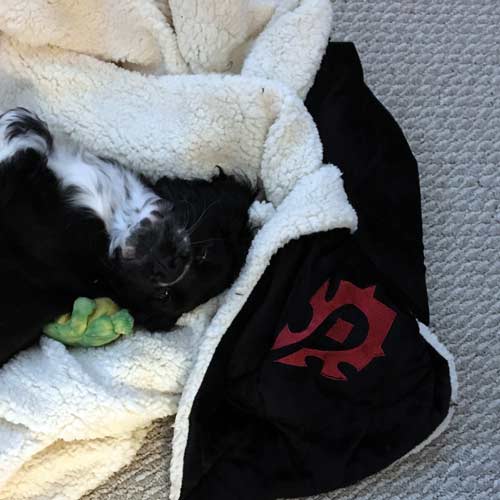 Let’s all die from cuteness now. 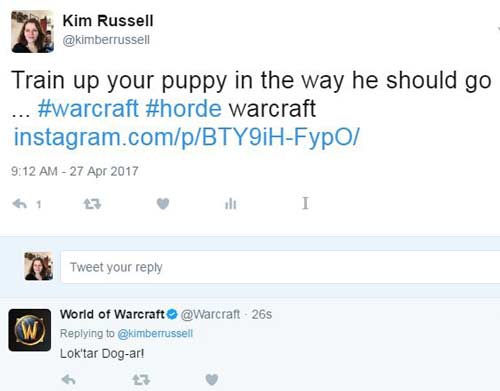 For the non Warcraft folk, “Lok’tar ogar is the Orc saying for Victory or Death!”

I love the Internet. I love that I can interact with the brands I like and they’ll interact back with me. And I love this stupid game I’ve been playing for the last 11 years.

The one where Kim tries La Croix