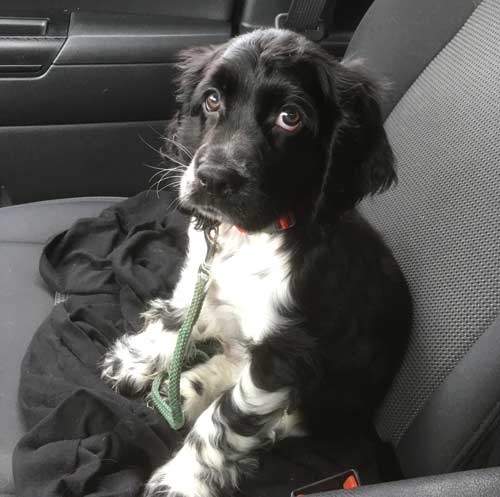 You can call him Murphy.

He comes to us months before we were planning to get a dog. Because we make fantastic decisions. His dubious origin story begins in Hannibal, MO. There was an evil breeder/puppy mill involved who was going to put him down because he was too old to sell. And then a rescue got him and put him on Petfinder. Which is how WM ended up driving to a Home Depot in Pottstown, PA last week to grab a 12-week-old (this is why the origin story is dubious to me) black and white Cocker Spaniel pup. 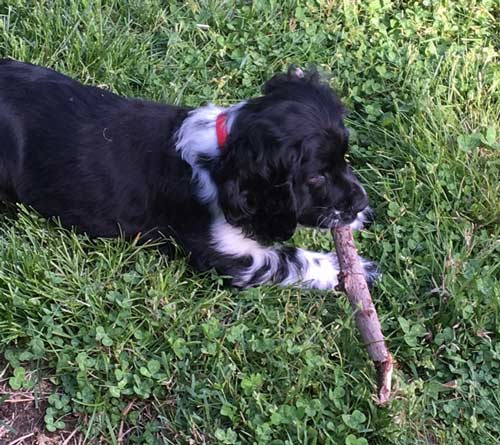 So I guess we rescued him? I don’t know anymore…the meaning of “rescue” has been diluted a bit just as “hike” now means just a stroll outdoors.

Murphy loves being outside, dragging sticks around, gnawing on fingers, and trying to eat Ollie’s face. Coincidentally, Ollie (who used to be a very good face eater) now DETESTS eating face. Murphy is also faster than Ollie at getting to a tossed ball. Ball is Ollie’s favorite pastime. And that why their relationship needs a bit of work. They’ll get there. 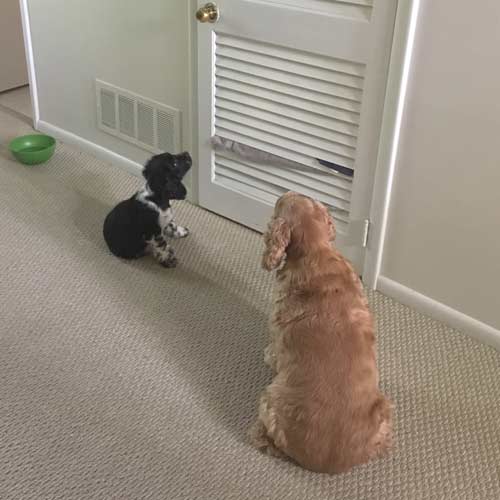 WM’s in the laundry room dishing up their dinner.

Murphy hates being confined. HAAATES. He will growl and holler at the gate. He vocally expresses his displeasure at being separated from the action, even if the “action” is merely one of us going to the bathroom. 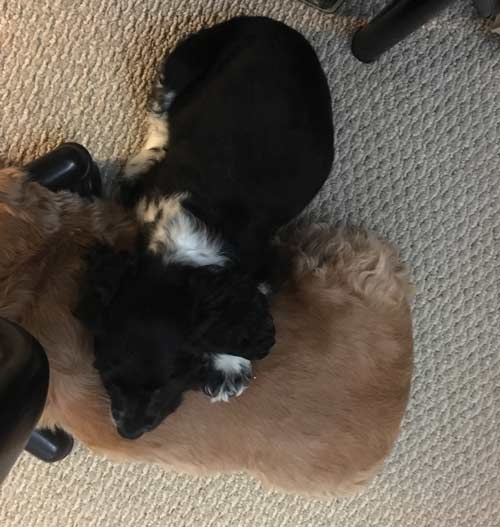 It’s certainly been an eventful few days at Angry Man Farm. We are tired. But we are happy.

What I’ll miss about the Village

Will you go to work already?

Our Bodies, Ourselves: Middle-aged lady edition