A tour of Calliope

Calliope is my iPod…I got her for Christmas. Calliope comes to work with me every day and helps me to stay focused on my tasks as opposed to having my brain waves interrupted by the cacophony around me. Seriously, there 3 cellphones at work with the “Sex and the City” theme ringtone that ring All. Day. Long. I’ve been listening to a weirdly wide variety of podcasts lately. Like…

Downloadable Content, the Penny Arcade Podcast — Once a week the minds behind my favorite webcomic, Penny Arcade, do a podcast which details the writing process behind one of their strips. These guys know their gaming, and listening to them banter back and forth and hearing the strip evolve is a real kick. The podcast is usually an hour long.

Hip Tranquil Chick – I’m auditing this one at them moment. The podcaster’s at a month-long retreat so there’ve been a lot of interviews. I want to be hip, tranquil, and creative. I have the ‘chick’ part down already.

Joel Osteen Audio Podcast – It’s embarrassing to admit, but if I’m flipping through channels and see Joel Osteen on TV, I stop flipping and sit ensorcelled until his program ends. He’s the only famous preacher that I can tolerate. Probably because he doesn’t beg for money. He’s Bible-based, but not in the “stone your kids to death if they sass you” way. This podcast is about 30 minutes long, is published weekly and features his sermon. After a lifetime of being “Catholic” it’s refreshing to hear that Jesus wants me to be happy and successful. I don’t talk much about religion here mainly because I can’t find ‘my way.’ This is sort of helping me in that endeavor.

Coffee Break Spanish – I’ve blogged about this before. This is my favorite podcast. There are a lot of Spanish speakers in the area now, and I like to be able to pick out snippets of conversation when I’m at Wal-mart.

This Week in Tech – TWIT. Starring Leo Laporte and his band of merry geeks. An hour-long weekly podcast which keeps me abreast of tech news, but not in a snobbish way. I also just downloaded an episode of net@nite to try out.

The Merlin Show – This video podcast’s on probation. I thought it’d be a bit cooler and more tech/productivity oriented. Instead, it’s Merlin (who I am a fan of) chatting up his friends in coffeeshops. Some are guys from bands that I’ve never heard of, and the last thing I really am interested in is how a dude who plays dive bars manages his email.

World of Warcraft Chronicles – Another one on probation, but it has nothing to do with the quality. This is the best WoW podcast I’ve heard, hands down. It’s about an hour long and is released every 1 to 2 weeks. The entire WoW universe is on probation for me. I’m thinking of canceling my account. I’ve just about stopped playing altogether, mostly because half of my guild left our guild because they wanted to play with better players. It wouldn’t have hurt so much if we hadn’t traveled together as a group from game to game for the last few years. I’ve met a bunch of them in person too. You’d think a bunch of geeks who have to wield pretend daggers to feel mighty (myself included) wouldn’t be so judgmental of others. Then again, give an underemployed/unemployed geek a buff, attractive character with good armor and good weapons, and he’ll think he’s better in real life (IRL) than someone who doesn’t have as much ‘stuff’ because they have a full time job, a family, and/or off-computer hobbies. I’m notsomuch bitter about the whole thing as I am hurt.

I want to start downloading college lectures, but something holds me back. As if Calliope is going to laugh at me. “You State College slob! You have no right to be listening to Princeton University speakers!”

Video-wise, I bought Seasons 1 and 2 of “The Office” from the iTunes store. (Oh, Jim. Oh, Pam.) I’ll also grab an episode of “Ugly Betty” from time to time. I downloaded free software that’ll let me rip my DVDs to my iPod. I have seasons 1 and 2 of Gray’s Anatomy on DVD that I’m now working through via Calliope. “The Office” and “Ugly Betty” are great dog-walking shows. I don’t have to watch the screen to chuckle because the dialog is so rich. But because “Gray’s Anatomy” a very visual show, (wow! Look! A 50-lb tumor!! Hey! This person’s dying!”) it’s hard to watch it and walk at the same time.

Know of any good podcasts?

Root, root root for the Phillies

I grew up in a hotbed of terror 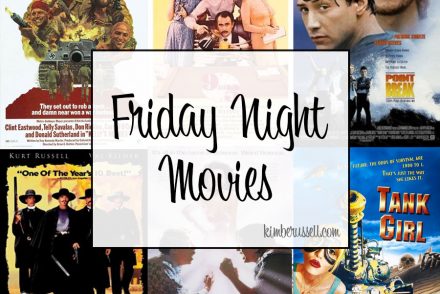 Our handsome Ollie, the Olliest guy we know, is 14

Our first strawberry, which somebody ate without w

My new interest: pour over coffee. I do not have a