…the days keep scribbling themselves by in tidy lines…

Blogkeeping: Every time I’ve tried to post this week, I’ve had Blogger issues. Sometimes it was publishing, sometimes it was just accessing the site itself. It was odd, but annoying enough that I downloaded WordPress and am thinking about giving it a shot. That way, I’ll be able to manage my own comments and categorize my posts. I’ve already installed it on my server — it took less than 5 minutes. The toughest part will be getting my site design templated.

Housekeeping: I’m happy to announce that after much steaming and only a few burns, I’ve managed to scrape off all of the wallpaper in the ‘guest’ room. Thor repaired all of the holes and gouges. Looks like next week we’ll be priming the walls. Our goal is to get the room done by the time Thor’s parents visit in December. I decided to take a personal day tomorrow. No plans other than to putter about the house. It’ll be nice. 🙂

Gaming:On the game front, Dark Radiant (City of Heroes) is 21, Terrwyn (Dark Age of Camelot) is 7 and Dierdre the Pain (Asheron’s Call) is 114.

Guilty pleasure: I watched the first episode of Survivor:Vanuatu on Thursday. Some observations: 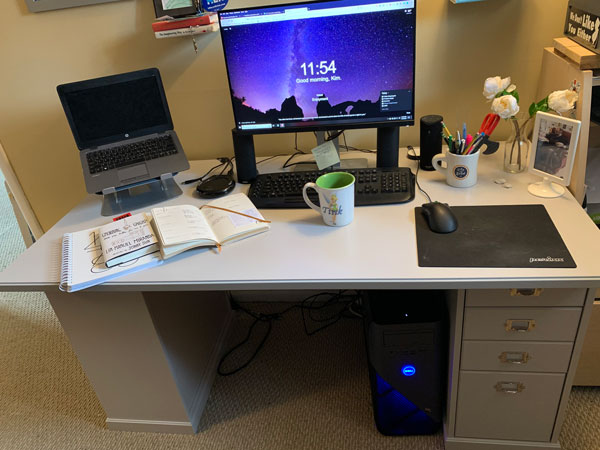