Another difference is that this year we have actual seats rather than just lawn seats. So hopefully people won’t pee in my vicinity. 😉

Yesterday, Thor went to Lowes, bought the garden bricks, and edged/landscaped the lawn at the bottom of the lawn. It looks so much better. I can see how home improvement becomes an obsession.

Mood: A little blue (been fighting the blues, but not wanting to blog about them), yet excited about tonight’s show.

Work docket: It’s difficult for me to talk in-depth about what we’re working on, as I’ve mentioned before there is a ‘mole’ at work who tattles on my web site if I say anything remotely specific. On Tuesdays I do my weekly revenue numbers, plus the hit report for Wednesday’s big weekly meeting. This manager’s gig has become easier to handle, now that I have 7 months under my belt. I have a system for doing things, and I’m lucky enough to have a department who does great work in great time. I still worry about anything new that crops up, and my personnel skills aren’t the greatest, but I’m learning on the job.This week we’re working on a project that will launch Monday. Lots of little intricacies involved, and it will change how people surf the CPO web site.

There’s a free trade magazine that I get at work — they insist on sending me my ‘free’ subscription, so who am I to complain — that really pertains more to the Information Technology folks than to web folk like me. Dry, dry, boring, boring reading. What I’ve started doing is highlighting the terms that I don’t understand in the articles, and then going back and looking them up later. Proof that learning doesn’t stop, even if you’re over 30! (over 30…ugH)

Lunch: Day 2 of the renewed “Don’t-eat-so-damn-much” diet that did so well for me a little while back. Although I don’t write about it much, I’m pretty bummed that I put a chunk of weight back on. While I’m not 178 again, I’m guessing I’m in the mid 150s, whereas I was 136ish this time last year. But I’m still into Mediums and 10s, instead of the Larges and 12/14s I was in before. When I got this new job, I put my own self on the backburner, and slid into old habits. Fast food lunches, vending machine snacks, etc. It’s a failure that stings. The last person I want to be is the person (you know him/her) who CONSTANTLY talks about weight and dieting while they continue to eat the junk. So now I’m walking the walk, and aim to get into fighting shape by my cruise in October.

So for lunch, I’ll have a frozen meal (yesterday I had Healthy Choice Grilled Chicken Marinara) and some fruit salad that I chopped up Sunday. An oatmeal bowl for breakfast, and mozzarella string cheese sticks for morning and afternoon snacks. And plenty of water.

Afternoon plans: This category doesn’t really apply anymore, since I work until (at least) 5pm with the rest of y’all. Today, however, I plan to knock off at 4ish so I can come home and get some stuff done before the show. Namely, take Max for his rousing walk. I feel NO guilt about leaving early…I usually work 1-2 hours late every day anyway.

Evening plans: Dave Matthews Band show at the Tweeter Center tonight. Last year I hit paydirt, as many of the songs I liked were played. This year, I’m hoping to hear “Song that Jane Likes” and “Two Step.” This will be my third DMB show, which now makes DMB the band I’ve seen in concert the most. Which is a GOOD thing, as the prior band was New Kids on the Block. You may cringe, but I look fondly upon my NKOTB fandom…it was part of who I was, which was a teenage girl at the time. Don’t ever fault teen girls for loving the pop groups, as bad as the groups may be. It helps the girls pass into adulthood.

I’ll most likely retreat to bed upon arriving home.

Off to the showers. LONG day ahead! 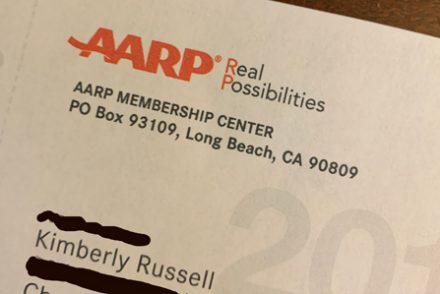 JeepUnited and it feels so good

Miniclip from the DMB show