I can’t write anything about the state of racial affairs in the USA right now that hasn’t been written better by many other people. I’m not a paragon of enlightenment or a scholar on civil rights history. I’ve moved through life with some challenges here and there, but none of those challenges were because of my whiteness. Once I left my teenage years, I was never followed in stores by “undercover” security. People don’t pull their kids closer or hug their purses tighter when I walk by. Nobody asks me where I’m “really” from. I’m never afraid that a police officer is going to get rough with me if I’m pulled over. I cannot fathom the continuing struggles of those who face those very real, very threatening challenges every single day.

Here are a few things I do know:

I do not believe the death penalty is moral. Murder is murder, and we shouldn’t do it. So since I don’t believe that the death penalty is a moral punishment for first degree murder, I damn well also believe that people shouldn’t be killed for allegedly passing a fake $20 bill or maybe being a thief but not really just a jogger or allegedly selling loose cigarettes or playing with a toy gun or reaching for paperwork after being pulled over because you may have looked like a robber or sitting in your own apartment or any of these eighth-ass* reasons that Black men and women are being systemically murdered by police. Changes need to be made to how policing is done in America. I do not know how to do that.

I know that I am wrong about a brand new thing. For years I deluded myself in thinking that racism and being racist is a relic of my parents’ and grandparents’ generations. And then I see that Officer Derek Chauvin, aka the man who knelt on George Floyd’s neck until after he died of having his neck knelt upon is “only” 44 years old. (Hate ages you.) How do you get to grow up in the 70s/80s/90s and be racist? Didn’t you watch Sesame Street or Good Times or The Jeffersons or The Cosby Show or In Living Color or Reading Rainbow or geez, even Bryant freaking Gumbel and see that Black and African-American people are … people?

I do know that the Internet is a gift as well as a big bloody curse. This lovely device that lets you shop and plan trips and shop and watch old movies and shop also contains search engines that allow you to research history. And to find people who don’t look like you or live where you live so that you can see that we are all people with our own uniquenesses. If your Insta feed or Twitter list is comprised of people who look and think like you (or all look and think like each other), how can you expect to grow as a person?

I am saddened and sickened by not only the continued oppression of Black and African-American people here in the US but the response from White people that Blue Lives Matter or All Lives Matter and “I’m all about peaceful protesting BUT.” Oh the buts. So many buts. I’m tired of buts.

One of my Facebook friend’s friends posted a Dr. King meme, as white people are wont to do when feeling uncomfortable about protests. It’s his picture and says “Looted Nothing. Burned Nothing. Attacked No One. Changed the World.” My comment was, “that last line should have said Was Murdered Anyway.” Because if you read up on history (see the Internet, gift and bloody curse, Russell 2020.06.01) you’d see that there was a TON of violence that happened.

What am I doing? I’m reading and donating. I’m checking in on my Black friends to make sure they’re okay. I’m eating a lot of Doritos and leaking some tears and still writing postcards to voters.

Anyway, I’m out of words. I’m literally just gesturing with my hands right now. I leave you with this comic by Kris Straub, original found here.

* not even half-ass or quarter-ass 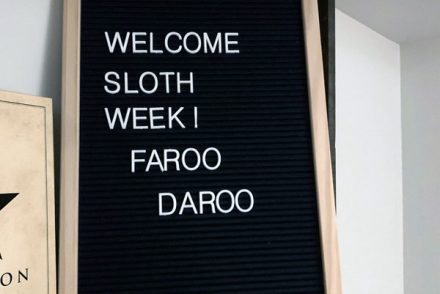 The One with the Unfriending