Friday 5 on Saturday: Five of Whatever

Happy, um, Saturday. I don’t know where yesterday went, other than after work WM and I went to Iron Hill Brewery for a lovely dinner. I had one beer (one!) and came home and snored on the sofa while we ran reruns of New Japan Pro Wrestling. 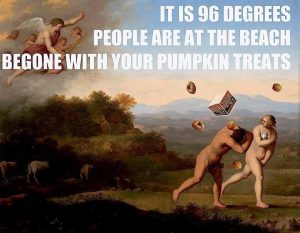 Can we TRY to hold onto summer for a week longer? Thanks.

We had an equally delightful outing today, along with some weeding and grocery shopping and here I am. On the sofa again, snorfling with my dogs.

**
Time for the Friday 5. Today’s theme is Five of Whatever. Let’s get to it!

1. How tidy are your kitchen cabinets?
Pretty darn tidy. The really nice thing about our kitchen is that there is enough cabinet space for just about everything. The oversink cabinet could probably use a shelf inside so things aren’t crammed together. And I don’t line my shelves with shelf liner/contact paper. I’m not sure if it has an actual use or is a remnant in my mind of my childhood when everyone lined their shelves.

2. What’s an art project you did in school that you remember fondly?
I am NOT an artist. But we did one project in school (4th or 5th grade) where we cut out rectangles of construction paper and folded the edges in to make tabs. Then we created a cityscape by pasting the rectangles side by side onto another larger piece of paper and adding details. I added windows, trash cans, posters, etc and my version was so good I got to demo it on Project Night. It was kind of a big deal. I tried Googling the project just now and found that kids now are doing MUCH BETTER things with construction paper.

3. What’s the best thing you ate on your most recent trip?
We bought sticky buns from the Amish Market, but if I think back to Seattle, we had a fantastic barbecue on July 4th. I don’t have a Fall Business Trip this year (sigh) but I do have something different coming up in October. More on that … in October.

CAN YOU BELIEVE TRU– (rereads question) — hm. This is tough. It’s all political. Let’s go with the public rehashing of grief over Diana Spencer’s death 20 years ago. Other than her two contracted births, she was such an inconsequential person. The Kourtney Kardashian of the Royal Family. Yes, she did charity work, but what else could she do, really, to kill time in between galas and partying? Yes, she was a great mom, but with nannies and the boys off to boarding school at the ripe old age of 8, she really didn’t have to try hard at that. She was the People’s Princess as much as certain leaders of certain countries are TOTALLY for the Working Man, but that’s political and I’m going to stop.

5. What’s something in your home that’s lasted longer than you expected?
I’m afraid to name anything lest it dies, but our washer/dryer are pretty darn old, and they’re still kicking. 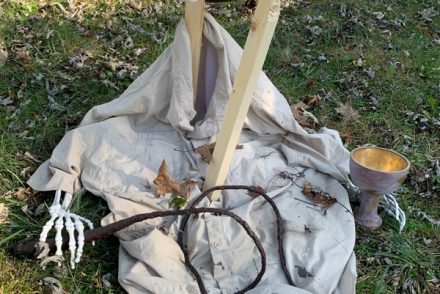