Happy Friday, dears. It was a good workweek, probably the most productive and accomplished I’ve had in a long while. It felt good. Young Murphy had his neuter on Tuesday, and the day after forking out all that cash, I walked out to this. 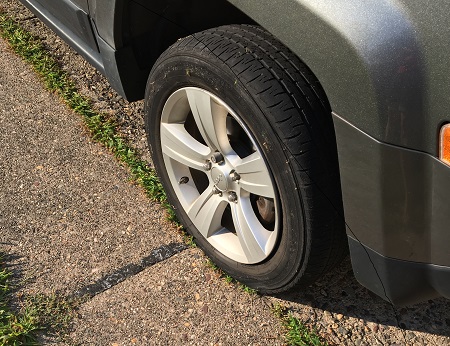 So there’s another stack of hundreds out the door. And you know what? I’M DONE WITH THIS SUMMER. Bring on the pumpkins, bring on the chunky knits, I’m done.

Time for the Friday 5 — this week’s theme is Scattergories, which I’ve done a few times before, but some of the posts didn’t make it through ye olde blog migration. This year my randomly-selected letter is …

Found via The Muppet Mindset

1. What’s something gross whose name begins with the letter?

Olives. To me, olives are on the same revulsion-level as celery. If there is the tiniest chunk of olive in a salad or dish, I can taste it even before I put it in my mouth. The foulness of olives taints all food around them. Gross.

2. What’s something crunchy whose name begins with the letter?

Onions. When I was in Seattle in July (I never blogged about that, THERE’S A POST!) one of our friends shared a recipe that was basically a hollowed out onion, filled with a bouillon cube and butter, and baked until it practically falls apart. It was not crunchy, but I ate bowlfuls of that stuff. I still talk about it. I drool about it. And once the Blessed drama-free season of FALL rolls in, I’m going to turn my oven on and bake some onions.

3. What’s something (or who is someone) you wouldn’t mind hugging whose name begins with the letter?

Okieriete Onaodowan, who originated the roles of Hercules Mulligan/James Madison in Hamilton, which I will eventually see without being extorted into buying two years worth of subscriptions to the Kimmel Center. Oak looks completely huggable. Plus if we were keeping score, I’d get 2 points for nailing the first AND last names.

4. What’s something whose name begins with the letter and can be found on a passenger airplane?

Oxygen masks. Put yours on first before assisting others. WM says “obnoxious husband.”

5. What’s something (whose name begins with the letter) you could purchase at a hardware store?

How about an on/off switch? Yes, that’s stretching a bit. Relatedly, last week (before I knew we’d need tires) I purchased some Hue light bulbs to go with our Amazon Echo. I get a little frisson of joy every time I ask Alexa to turn on the lights and it works. This is the future I dreamed of in the 80s and I even get a little throwback threat of global nuclear war!

I’m going to comfort myself now by snuggling a dog.