We are two months past Max’s diabetes diagnosis and things are going as well as can be expected. His pee strips were still showing higher levels of sugar, so we’ve slowly moved his insulin dosage up to 9 units twice a day. Max, dog of my heart.

The constant drinking and peeing has stopped, with only an occasional leak here and there which could just be the signs of an old dog.

Now he’s close to 100% blind. It’s heartbreaking to open a bag of treats in the kitchen and watch Ollie speed in alone while Max carefully shuffles in a minute later. And he doesn’t look directly at me anymore. Instead, his cloudy eyes look past me.

But don’t count Max out. He’s scrappy and smart. He’s learning the lay of the land. It’s like watching a little snuffly Roomba robot as he walks the baseboards. He’ll softly bump his nose into something and then adjust. We are talking to him during our walks and getting him used to following our voices. He’s relearned how to use the ottoman to hop onto the sofa. And yesterday, he even stole a toy from Ollie — Just like the old days!

We are in this ’til the end. Max has been with me through a lot of my own changes and crises. The least I can do in return is narrate a walk. 🙂 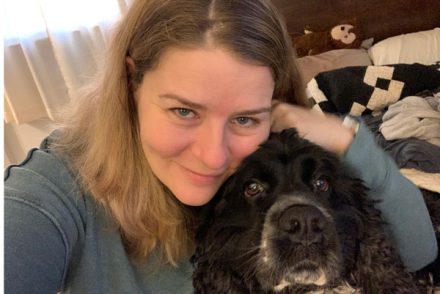 It’s so nice to work from home… 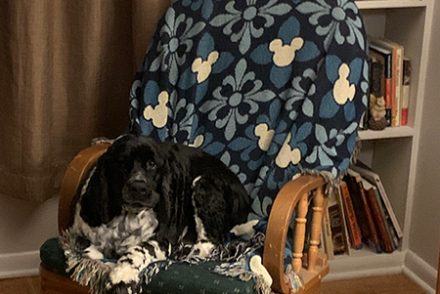 Even the squirrels are hipsters