Your Life Calling: Reimagining the Rest of Your Life by Jane Pauley
My rating: 2 of 5 stars

I saw Jane Pauley speak at the Pennsylvania Conference for Women and promptly put this book on my to-read list. It was immediately available from the library and I snapped it up, eager for inspiration. I’m 42, which mathematically qualifies as middle age, although I suspect the Boomers have wiggled that definition a bit.

This book is half auto-biographical and half stories from other people (most of whom were profiled in Pauley’s project “Your Life Calling” sponsored by AARP) who reinvented themselves at middle age. Wealthy people. Wealthy baby-boomer people. And mostly wealthy baby-boomers who had another income stream to support them while they chased their dreams. If you are neither a Boomer nor wealthy you are going to roll your eyes at many of the people profiled.

In Ken’s story, when he thought about his upcoming retirement he knew “he’d enjoy his classic car collection and his stable of harness horses.” Ken sold the cars to finance his new life, but kept the racehorses.

In Betsy’s story, she retires from her six-figure-salary job to start a knitting business while her husband continues to work.

And when Bill and Patty decide to buy a house in Tuscany, they “sold their house in Dallas and Bill’s real estate business, as well as the gourmet shop he had on the side.” Later, when they were missing their grandchildren, Patty “surprised Bill with a condo in Dallas.”

We are a double-income, no kids family and I wouldn’t think of surprising my husband with anything worth more than $100 without consulting him and working it into our budget first.

So these aren’t your ordinary workaday Joes and Janes. And with the exception of three or four people profiled (even one of the hard-knock folks had a Stanford education), all of the beginnings are similar. As a result, I stopped looking for inspiration or how-to, and decided to enjoy the stories instead.

Jane often refers to her own reinventions. But lets not forget that even without her NBC money, her husband Garry Trudeau has a net worth of about $40 million Doonesbury dollars. Even if that’s a HUGE exaggeration, it’s still a nice safety net to reinvent yourself above.

The most inspirational words I found in this book came from President Reagan’s former chief of staff John Sununu. I know, right?. Jane met him at “an annual Washington event where journalists and politicians have fun together” which you, I, and the rest of the world know as the White House Correspondents Dinner. Jane asked him if he had a strategy for making large decisions. He said, “in his experience most decisions can quickly be narrowed down to a couple of competing choices. And his policy was not to waste time parsing the one or two degrees of difference between them but to pick one or the other and focus one hundred percent of his energy on making the right decision.”

Was it a good book? Yep. I liked it. But as I said, I had to change my expectations of it first before I began enjoying it. This book is a perfectly nice book, but I am not and never will be the audience for it. 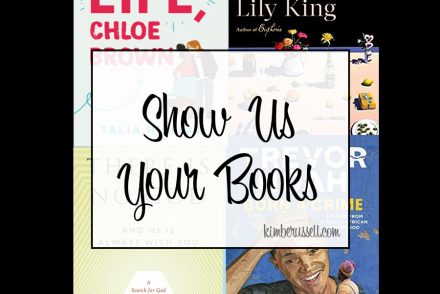 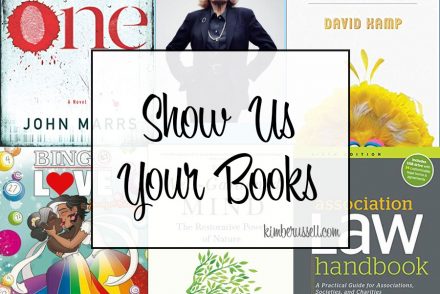 Halloween: How to be Baby Spice when you're over 40

A glass of Merlot, a soft quilt, and some stimulating words