Black Friday’s marathon ended around 6pm, and we had a lovely dinner at the Macaroni Grill with John and Kristen. Even though I didn’t go for any of the early-morning offers, I put a sizable dent into my shopping list this year, and even purchased America’s Saddest Christmas Tree, which is now assembled and mostly ornament-less.

The rest of the weekend I hid away here in the apartment, cleaning, reading, and being lazy. I’m up now because of a very decadent but poorly-timed afternoon nap.

And because my mind isn’t quiet.

I feel like I took a test and failed, but when I get the test paper back, there’s nothing marked wrong so I don’t know where I screwed up. And how can I be confident about getting into any future relationships if I have no idea how I mussed up the first one?

I have to be okay with the answer being: there is no answer. I need to put the “whys” to bed and find peace with that.

Webkeeping note: Someone asked me why I turn comments off on some posts. I turn comments off of these type of posts because I don’t want you all to have to post “you’ll be fine! you’re great!” comments to try and make me feel better. I know I’ll heal. I’m not the first divorced woman in the world and I won’t be the last. This doesn’t make me special in any way. But writing this heavy stuff down makes me feel better. Speaking of well-wishes and happy thoughts, I have over 175 unread non-spam emails in my gmail box. Apologies if any of them are yours. I’ll get to it.

*Both names have been retired from my ‘list.’ Audrey will live forever as a Turberville in my mind.

On girls, boys, men and women 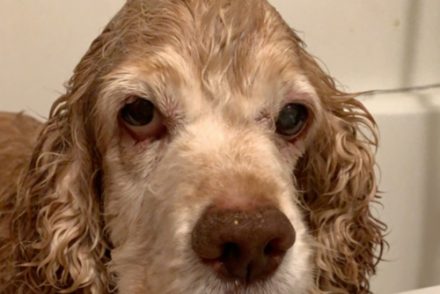 Star of wonder…star of light