In case this image embed breaks years from now, it’s Kamala Harris being sworn in as the first woman, Black, and South Asian Vice President. Getty is sharing $499 for the use of this photo if you don’t embed. And if you haven’t noticed, my sponsor game doesn’t exist.

And Joe Biden is now President. It was so lovely to watch and so nice to wake up not having to worry if the president pissed off a foreign power by tweeting some inane, uneducated shit while we all slept.

And Bernie Sanders, twice-loser of the primary, is now a meme. Although I swore that I would give him not one moment of my time and not one dollar of my money, I created this.

Because of the pandemic, we didn’t have all of the pomp and circumstance that we usually do. But there was a great program on last night called Celebrating America which featured songs and words from celebrities and us commoners. Jon Bon Jovi covered “Here Comes the Sun” from a pier on the beach in …. FLORIDA (celebrities remind you to say home while they continue to do what they want) and while it was not great*, the sun rose behind him during the performance and my heart soared. The whole program was nothing but happy, hippy, hopeful propaganda and I was 100% there for it. Shoot that hope directly into my veins. 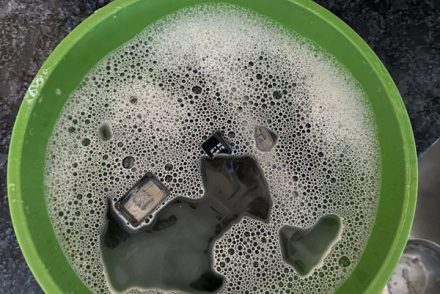 Friday 5: Every Family Has One