Back in April as I was chasing Murphy around the yard I tripped over something that turned out to be a birdbath buried underneath the ivy that covers the back third of our backyard. 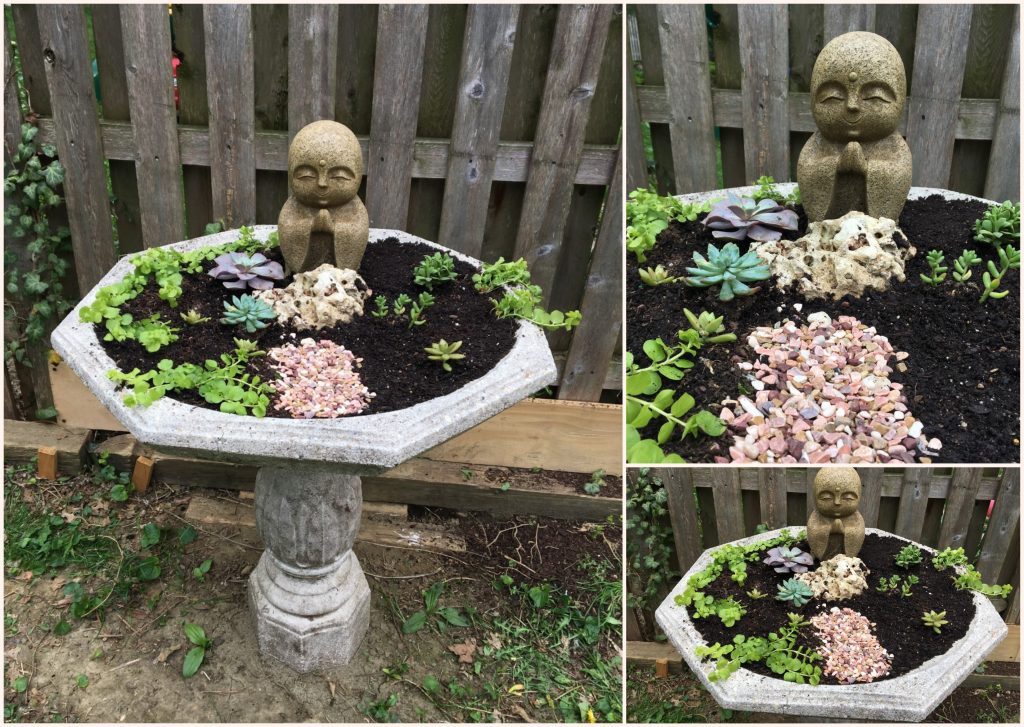 The succulents are from Home Depot. The viney things are Creeping Jennys and one of them died shortly after planting. The other four looked sickly, but finally took root. That white coral-looking rock is actually a piece of concrete also retrieved from the ivy.

See, whenever the previous owners wanted to get rid of things, they just chucked them into the ivy. Concrete rocks, rusted garden tools, full sized birdbaths.

ANYWAY… the Jizo statue is from WM’s collection and the little path is just gravel.

Since it rained so much last week, I’m worried the succulents might rot. The birdbath is cracked and drains well, so fingers crossed our little garden makes it.

Murphy: A yawn in four stages