Landline review & back to school

Landline by Rainbow Rowell
My rating: 3 of 5 stars

Georgie is our protagonist, a television writer and an all-around irresponsible flake. Neal is her husband, steady rock, and stay-at-home dad to their two daughters: Alice and Noomi. Georgie’s job is high-pressure and high-stakes and very important. When the opportunity for Georgie and her writing partner Seth (a real knob in his own right) to write their own show presents itself at Christmastime, Georgie blows off a planned family vacation to Neal’s mother’s home in Omaha. Instead of Neal giving in (again) and staying in LA, he and the girls take the trip anyway, leaving Georgie to her own angst that she torpedoed her relationship for good.

Failing tremendously at “Lean In”, Georgie heads to her mother’s house because she can’t bear her own empty one. Because she also fails at what it takes to keep her cell phone charged and Neal isn’t answering his, she uses her old room’s Trimline phone and her mother’s landline to call Neal’s mother’s landline. But instead of 2013 Neal, the landline connects her to 1998 Neal, also in Omaha for Christmas break.

The book then jumps between current Georgie living her current life, Georgie talking with 1998 Neal, and Georgie and Neal’s past.

I feel like I was supposed to root for Georgie because she’s a woman trying to do it all. But if there was a gender swap and characters were George and Nell, we’d be rooting like hell for Nell to take the kids and leave for good — to find her own dreams and passions and stop being a doormat. Or at least to start being treated more like a partner and less like a doormat. So I kept rooting for Neal.

Will Georgie change in the ways she must to keep her marriage alive? Or will she be a good writing partner and write the best mid-season replacement show ever? I can’t be sure, because even to the last page she seems incapable of being a good worker AND a good wife. And that uncertainty grayed the ending of the book for me, like day-old snow.

Even though this was (literally) a speedy beach read, I wanted to get to the end not so I would see what happened, but just to finish it. I think the story would have been tighter and hit harder without Kendrick, Heather, and certain scenes with Seth. Plus there was too many madcap hijinks at the end.

This one line was the best in the book: “You don’t know what it really means to crawl into someone else’s life and stay there. You can’t see all the ways you’re going to get tangled, how you’re going to bond skin to skin. How the idea of separating will feel in five years, in ten — in fifteen.”

Rowell also deserves applause for the character of Noomi, a four year old who is written as a four year old instead of as the most precocious and wise-beyond-her-years preschooler ever.

***
The teachers in my life return to school today (because school starts in September here, not August what is WRONG with you people?), and my prayer is always that they make it through the year without being shot/stabbed by a broken child.

And a word about the nude pics controversy (not mine! the celebrities what is WRONG with you people?). Saying that a person should be smarter about how they store their valuable pics (and when you are a celebrity your body IS part of your net assets) is not equivalent to saying they deserved to have their pictures stolen.

I’d love to live in a perfect world where I could traipse around with a $50 bill on top of my unzipped purse and not have it swiped. I’d love to be able to leave my laptop on a table at Starbucks while I pee and not have it stolen. I’d love to leave my car windows rolled down on summer nights so it’s cool the next morning. And I’d love to be able to wear bangin’ heels to and from work without having to worry about how they will affect my running to escape an attacker, an angry dog, or a collapsing building. But this is not the world I live in. When my $50 is lifted and my laptop is stolen and my car is ransacked and the angry dog mauls my leg, I’d never say I DESERVED these things. But I could have been better preventing them. If I’m wrong by saying that humans need to be smarter, then you and I are on wildly different planes.

Not all women are stupid. Not all men are criminals. Not all dogs bite. Not all cats pee on bathmats. 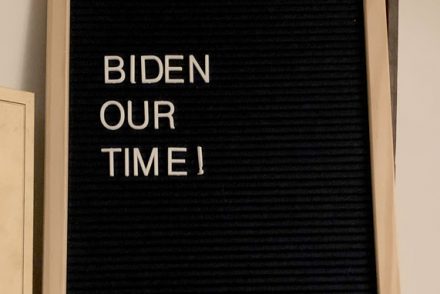