Nip it in the bud! NIP IT IN THE BUD!

It’s no secret that I’m slightly right-of-center than most of the bloggers I read. That shocks a lot of people because we’ve been very black-and-white in this country for the last 10+ years with regard to politics. You’re either handing condoms to preschoolers or forcing incestual rape victims to have babies. (Or as the Jib Jab boys eloquently put it: Liberal Weiner & Right Wing Nutjob.)

I thrive in the gray area! Healthcare availability for all, but don’t force me to buy it! Keep abortion safe and legal for women, but why the heck are you buying your eight year old pants with words on the butt? Stimulate the economy but HOW MUCH are you spending?

So now that you know where I stand — kind of — here is my reasonable explanation as to why bin Laden’s grisly death photos should be released.

We are a society that has been happily given photographic proof of almost every newsworthy event for over three generations.
Did we land on the moon?
Would the feds send in heavily armed people to yank a six year old out of a closet?
Did we get Saddam Hussein?
Was Saddam really hanged? Yes, it’s on YouTube. Ugh.

The Government says Osama bin Laden is dead! Our kick-ass Navy Seals nabbed him, with tons of high tech help including freaking laser microphones!!! How cool is that? USA! USA! Well done, everyone!

How do we know it’s him? DNA. Voice recognition. We have proof.
So where’s the body? Buried at sea.
Are there photos? Yes, but we’re not releasing them.

Now while I completely believe bin Laden is dead, I can’t be the only reasonable person who rolled their eyes at that. Not in disbelief of the fact, but disbelief in how they’re handling it. Like you’d roll your eyes at your friend who got involved with Timmy the tattooed ex-con bike gang member two days after finally breaking off a bad three year relationship with Jimmy the tattooed ex-con bike gang member.

The “birther” movement gained over three years of momentum before the long-form birth certificate was produced. Why? Because the longer we go without proof of anything these days the more we think it didn’t happen. Doubting is not a new pheonmenon. The birth certificate issue could have been nipped in the bud ages ago. And sure, they’re a special snowflakey fringe group, but they’re Americans all the same. You can’t choose to deal only with people who agree with you. Just like my workplace can’t only cater to the savvy and erudite readers. We also have to take care of the ones who type “www.courierpostonline.com” into Google’s search engine just to go to our website.* It’s not fair, and it’s a pain, but it’s part of the job.

So, President Obama and Secretary Clinton: *I* don’t need a photo to believe you. The situation room photo speaks loudly enough**. But I think you should suck it up, take the least-gory photo you have and slap it up on whitehouse.gov for the world to see and the media to use — if they choose to.

“But I’m an editor and I don’t want to make the tough call as to whether or not to run a death photo on the front page or on our newscast!” You don’t have to, dear friend. Put the grossness up on your website and have your web person (if you haven’t laid him/her off yet) put it on its own page behind a hidden div that the reader can choose to open or keep closed. Done and done.

To sum, my opinion in an annoying 2 1/2 minute YouTube video:

DO NOT ARGUE IN THE COMMENTS! You are all civilized people. I know you. I like you! But I swear, if you all start fighting I will kick you out of this tea party coffee klatch I’m hosting and shut it down. In other words, I will nip it in the bud.

* Please. Each one, teach one. Tell people what a browser address bar is and how it’s different from a search engine bar. The world will be sparkly and awesome.

** Anyone else have a hunch poor VP Biden’s thinking “I never signed up for this sh1t!” in this photo? 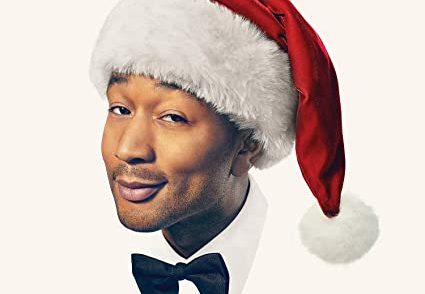 What I’m Listening To: A Legendary Christmas