Hobbies, I love the Internet, Work

The delayed roses and why I stopped reading Misbehaving.net

My Valentine roses came today. 1800flowers.com (evil evil evil) said that they weren’t delivered on Friday because of a traffic accident. By the time they got to the CP, it was after office hours. Riiiiiiiight.

This afternoon, after ascertaining that the only edible food we had in the apartment was a bag of semi-sweet chocolate morsels, we went to Genuardi’s. My argument that chocolate chips are really chocolate chip pancakes w/o the pancake didn’t hold much water. I don’t know why, but it feels good to buy food and stock up the fridge and cabinets.

I’ve officially stopped reading Misbehaving.net. A shame, really, but I’m not getting what I expected from it. See, a while back, a minor skirmish broke out on the site because it had an extremely academic (and exclusionary) feel to it, for being a group blog about celebrating women’s accomplishments in tech. A bunch of folk (mouthy me included) posted their feelings about it, saying that we felt that those who worked in tech (as opposed to those who worked as academics) had no voice on the site. The authoresses (who would probably have fits because I used the female term of author) tried then to recount their personal experiences in tech. But they also decided to turn comments off on their most recent posts. To be fair, the comment portion of past posts have been receiving spam. But with 8 contributors, nobody has the time to prune out the fake stuff?

Well, the tone went from academic to whiny. [What some see as sexist (men enjoying looking at women) I see as normal. I think that I can be a better ‘women in tech’ advocate by doing a damn good job at my own place of employ than by insisting my coworkers ignore my gender altogether.] Without the comments link activated, Misbehaving felt pretty static. I’m don’t enjoy having to follow 3 or more TrackBack links so that I could read out-of-context comments. So I bookmarked the personal sites of the contributors whose posts I enjoyed, and digitally moved on. Sometimes relationships aren’t what you thought they’d be. I guess I’m not a very good activist type. 😉

And speaking of my chick-in-tech job, if I can make it through Wednesday afternoon without pulling my hair out, I’ll be a happy girl indeed! I have deadlines, people. DEADLINES.

I’m not very tired, due to sleeping late this weekend, so I’m going to log off and peruse the Real Simple, Lucky, and Martha Stewart Living mags that I haven’t read yet. 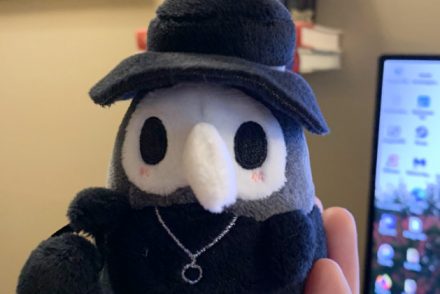 a momentary victory at the gym