Show Us Your Books February 2021

You guys – I went to some stores this weekend! I was in Michael’s for about 4 minutes before the crowds (checkout line snaking throughout the store, people literally pushing by) drove me away. Fair, it’s the weekend before Valentine’s Day and the little kids need to make some Valentines to sneeze on and give to their teachers. We retreated to Staples and I picked up the tape I was going to buy in Michael’s. We also spent about 15 minutes in Barnes and Noble.

I double-masked for the first time, having purchased some possibly-genuine K95s from the Internet and thankfully it was not twice as bad as wearing just one mask. It was SO NICE to just be out there again, even though things are clearly not normal.

I can’t wait for normal.

I did not watch the Super Bowl because I wasn’t interested in it. I wish more people realized that they are not required to watch the Super Bowl each year, because Twitter was nothing but people grumping all about the Super Bowl. Ya don’t like Tom Brady? Maybe … don’t watch him. Don’t know who The Weeknd is? Look him up and try not to become the grumpy old people that we didn’t like when we were young.

Thoughts of Dog – Matt Nelson
I follow Thoughts of Dog and Dog Rates on Twitter. If you are a person like me, who overlays human emotions and feelings onto your dogs and create little voices and personalities for them, this book is for you. It is simply a book written in the voice of Internet Dog and it’s filled with love and devotion. I cried at the mailman chapter.

Winter in Paradise – Elin Hilderbrand
Another book set on Nantuck—whaaa? St. John?? Whoa! That’s fine. The temperature has been in the twenties this week so I’m here for island escapism. Irene Steele’s life is miserable in that lovely privileged way that I seem to enjoy: she’s has quite enough money, her sons are grown and ignore her, her husband is always away on business but knows how to phone it in, her job is phasing her out because she’s in her fifties. AND THEN she gets a call that her husband died when the private helicopter he and his girlfriend were in were struck by lightning in St. John. Turns out he owns a multi-million-dollar hidden love villa with a gorgeous view on an island where everyone is friendly, the food is great, the water is warm, and grief is merely an inconvenience, really. It has all of the usual Hilderbrand traits (island food, hamfisted expository, miserable privileged people) but it was just what I needed. I will continue with this trilogy and dream of sand and water and the best widowhood ever!

Children of Blood and Bone – Tomi Adeyemi
The king of Orïsha thought that by slaughtering the maji and oppressing their descendants he could rid his country of magic. Think again! This is the journey of Zélie, the only girl who can bring magic back to Orïsha. With only her brother and the King’s rebellious daughter to accompany her, Zélie has to recover artifacts before the next moon or else the magic will disappear forever. This book has so much world-building and I love reading fantasy books that aren’t typical “elf slays orc and saves buxom sorceress” lore. (She says as she’s 12 books into Discworld with no signs of stopping). There is a romance so awkwardly wedged into the book that I viscerally wanted to throw the book across the room. And then we made it to the ending, which … yes I knew it was a trilogy going in but I do like at least a little plot wrap-up in volume one.

Three stars, meaning I liked it but I’m not sure I’ll continue the trilogy. Trigger warnings for violence, violence, death, violence, burning, lynching, torture, and violence, with the barest hints of rape tossed in for fun.

Fierce, Free, and Full of Fire: The Guide to Being Glorious You – Jen Hatmaker
Not my usual choice, but I’ve been feeling spiritually unmoored lately and since I do dip into the self-help genre from time to time I decided to check out this book by Jen Hatmaker, whom I’ve heard good things about. And this was good. Even thought some parts missed (am not a hard-loving Christian mama bear), most of it hit right where I needed it to. I did appreciate that she used SMART goals language to illustrate how to ask for help when needed. And I enjoyed this quote:

Because I’m very much into crunchy, love-everyone Jesus. After reading I did some googling and it turns out that she and her husband are divorcing but hey, I’m divorced too. Join the club, ma’am.

Three stars. Self help books are all very ‘take what you need, leave the rest’ for me.

Currently Reading: There is no God and He is Always With You by Brad Warner. 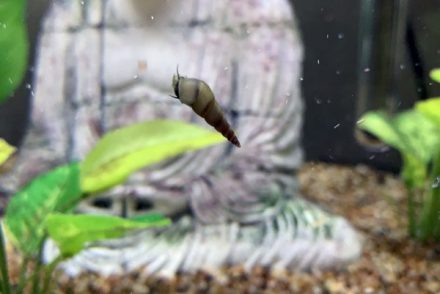 We bought our house in the summertime. The followi

The mask is riding up and the books could have bee

Before and after. Thanks to @radiant_by_sarah for

Ollie is having a case of the Mondays. I feel ya,

My new Kamala Harris (aka @vp ) mug from @sophiean

Unhelpful dogs with no sense of boundaries. #dogso